“Let´s be shameless. Be greedy. Pursue pleasure. Avoid pain. Wear and touch and drink what we feel like. Tolerate other women’s choices. Seek out the sex we want and fight fiercely against the sex we don’t want. Choose our own causes. And once we break through and change the rules so our sense of our own beauty cannot be shaken, sing that beauty and dress it up and flaunt it and revel in it: In a sensual politics, female is beautiful.” (The Beauty Myth, p.291)

Naomi Wolf, born in San Francisco in 1962, is a liberal progressive feminist author and journalist. She studied at Yale University where in 1985 she obtained the Bachelor of Arts in English Literature, being selected for The Rhodes Scholarship to study at the University of Oxford afterwards (1985-1987). Her essays have appeared in publications such as The New Republic, Wall Street Journal, Glamour, Ms., Esquire, The Washington Post, and The New York Times. She is the author of recognized international books such as The Beauty Myth, Promiscuities, Fire with Fire, Misconceptions and Vagina: A New Biography. Wolf co-founded the Board of the Woodhull Institute for Ethical Leadership which aims to make young women good leaders teaching them development in the arts and media, politics and law, business and entrepreneurship as well as ethical decision making.

Naomi Wolf is a prominent spokeswoman for what is understood as the third-wave feminism being the author of a milestone of the feminists’ books, The Beauty Myth first published in 1991. In this book she writes from a Western perspective about how the concept of beauty influences people, mainly women. She argues that the western concept of beauty is a normative concept drawn in the patriarchal society, were women are supposed to always look young and thin, struggling against ageing and food. She describes this as a cultural form of control over women; therefore, even if women were able to be revolutionary regarding political and social rights, she argues that they were still affected by the heavy presence of the “Beauty Myth”, feeling the pressure to pursue it every day.

Speaking with the words of Caryn James in 1991 “The Beauty Myth is valuable because it identifies a problem: Impossible standards of beauty undermine the progress of second-wave feminism by dictating that women must spend time and money to look thin and pretty and young. Men were getting ahead while we were busy watching our waist lines”. The concept is that the idea of beauty never disappears in the mind of a woman, no matter what she is up to during the day. This social construction, as Wolf calls it, is constantly present in a woman’s mind while she works, she is at home, she eats, in relationships between men and women, and between women and women.

The book has been criticized over the years by other feminists and writers and the validity of its argument was not always convincing, but it is still recognized as one of the main revolutionary books by a feminist perspective that has an essential relevance in the feminist education. Moreover, the argument of the book finds a relevant position in current society, where a lot of women still experience the fear of not being beautiful enough, having to show their worthiness through the way they look, and being always in competition with other women.

Wolf in the last chapter of the book shares her idea of women being supportive with each other, trying to recognize the beauty in what it is and not in what should be. Quoting her words, “let us start with a reinterpretation of beauty that is non-competitive, non-hierarchical, and non-violent” (The Beauty Myth, p.102) 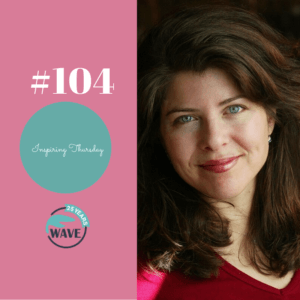