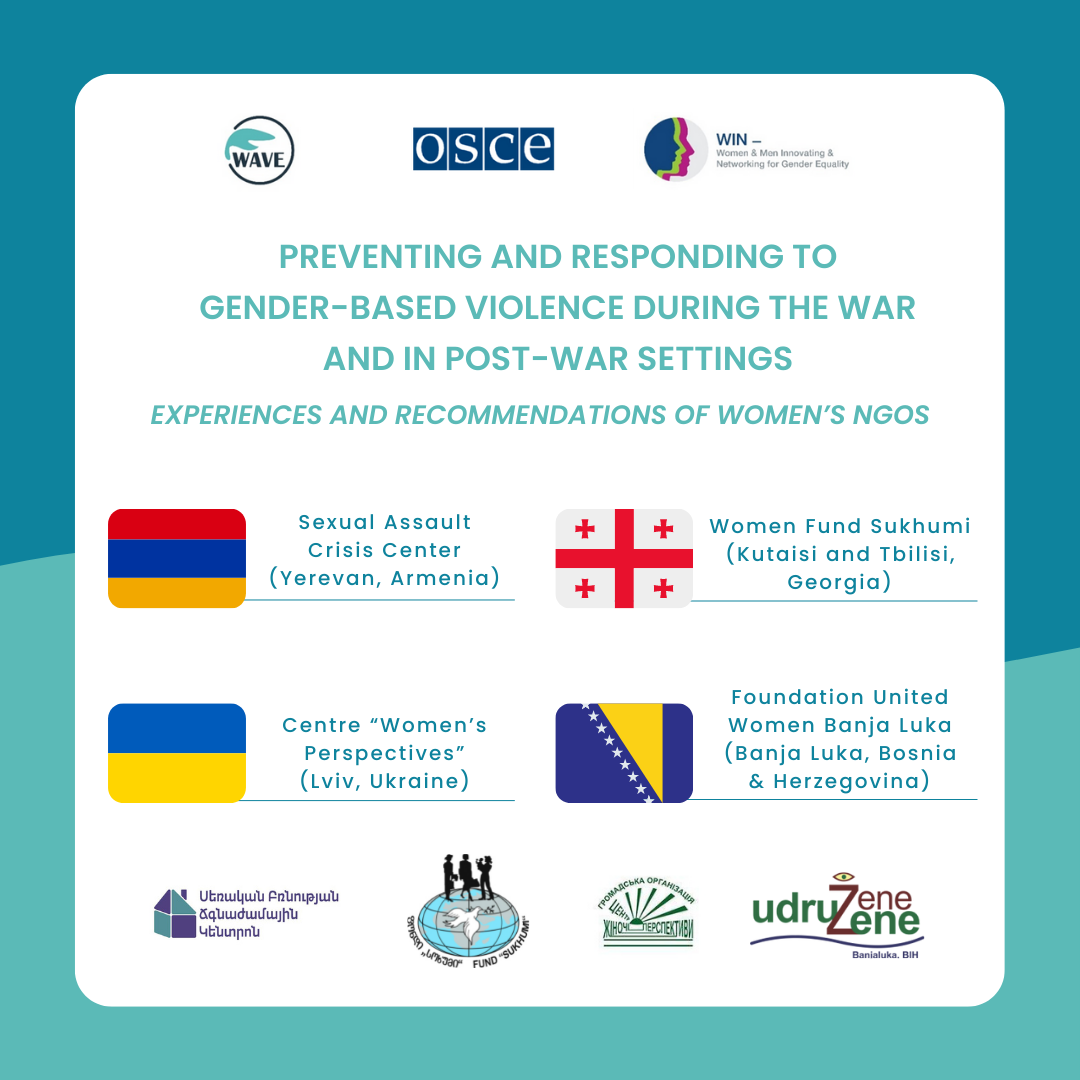 The conference on preventing and responding to gender-based violence (GBV) during the war and in post-war settings will take place in Tbilisi, Georgia, on 8 November 2022 and is organised by the WAVE Network and the OSCE Gender Issues Programme/WIN Project.

The conference explores the topic of GBV during and after conflicts, with the purpose to launch a new toolkit aimed at supporting survivors and preventing violence in such context. Conflicts inflict suffering on everyone, but particularly on women, girls, and other vulnerable groups such as people with disabilities.

Preventing and responding to gender-based violence during the war and in post-war settings, more here.