In celebration of our 100th Inspiring Thursday post, we are highlighting some of the leaders taking action to combat sexual and gender-based violence across the globe. They range from activists, founders of NGOs, artists and more, but they are all contributing to bringing attention to and challenging violence against women. We have highlighted one individual from each continent, apart from Antarctica, and added a few “honorable mentions” to give you an inspiration overload! 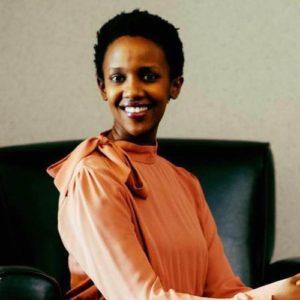 Tabitha founded EDJA in 2015 to combat child abuse, sexual assault and domestic violence in sub-Saharan Africa. Tabitha was inspired to start EDJA following the rape of a 9-year-old girl by a 35-year-old man, where adults around the girl knew of the rape but did not have the resources to help her. Tabitha was also motivated by her own experience of childhood sexual assault as an 11-year-old Rwandan refugee in Uganda. She named the organisation after her mother, Edith, and her mother-in-law, Judith.

EDJA provides support to women and girls ages 4 – 38 who have experienced sexual assault, offering free counselling, legal advocacy and medical services in two districts of southwest Uganda. It also economically empowers parents and guardians of victims and strives to educate the community, including police and health professionals, about eliminating existing stereotypes and stigmas surrounding sexual assault and violence. EDJA works in collaboration with the organisation Nyaka, sharing resources in order to be as effective as possible and to expand their reach. 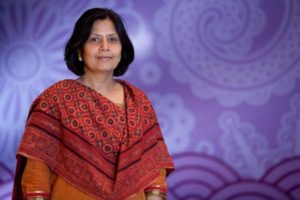 Swati is the magistrate of Mumbai’s specialized court cases for those cases falling under the ITPA. She was a particularly strong advocate for the protection of victims of sex trafficking. While the ITPA has existed since the 1950s, it has since been updated, and in 2008 a special court was established to handle cases falling under ITPA as there was a backlog of nearly 1,500 cases. Swati worked through the backlog from 2008-2011, issuing 1,200 rehabilitation orders and ensuring sex workers were not treated like criminals. The convictions she ruled against traffickers were key in demonstrating the value of having specialized anti-trafficking courts and were a model for the rest of the country, as well as other parts of the world.

Swati spoke and worked personally with victims and strove to increase sensitivity towards cases dealing with sexual violence within the legal system. Swati also held training courses to educate people, including police officers, on the best and most effective ways to implement ITPA.

Sunitha Krishnan (India), co-founder of the NGO Prajwala (“eternal flame”) which rescues women from sex trafficking and brothels and educates their children.

Mukhtar Mai (Pakistan), fights for justice for survivors of rape and sexual assault. 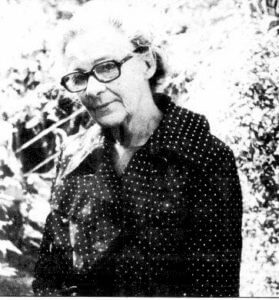 Bessie founded her own publishing company, Viking Press, in 1939, focusing mainly on poetry and anti-war tracts. She later worked in aircraft design for the government and organized a series of talks which aired on the radio called “Plans for Women in the Post-War World.” Later on, while working as a professor, she directly challenged and criticized the oppressiveness of housework as it related to gender roles and norms.

In the 1950s, Bessie began helping young women and girls who were victims of domestic abuse and violence, allowing them to stay in her home. In March 1974, after years of research and campaigning, Bessie helped open Elsie Women’s Refuge Night Shelter, the first women’s refuge shelter in Australia. She also helped shut down the Parramatta Girls Home and the Hay Institution for Girls.

Anastasia Powell (Australia), feminist criminologist focused on policy and prevention around men’s violence against women, especially sexual violence. She is a co-founder of VDAWnet. 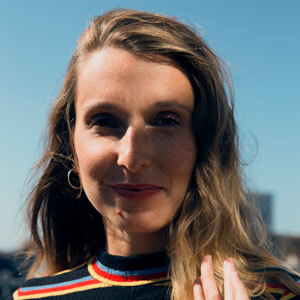 While working as a parliamentary assistant to MEP Edouard Martin, Jeanne was the first aide to put her name forth amid allegations of sexual harassment within Parliament. Her actions opened the way for others to bring forth their own stories. Jeanne kept a notebook documenting testimonies of harassment occurring within European Parliament, and her revelations challenged institutional power structures and norms while drawing attention to issues of gender equality and women’s rights.

Oksana Horbunova (Ukraine), human rights activist who created the first Ukrainian counter-trafficking NGO and who coordinates with the International Organization for Migration to combat human trafficking.

Věra Jourová (Czech Republic), European Commissioner for Justice, Consumers and Gender Equality who has fought against sexual harassment and, when calling for others to get involved in the #MeToo movement, revealed that she was a survivor of sexual violence.

Cecilia Malmström (Sweden), European Commissioner for Trade and anti-harassment advocate who has made a point to call men to action. 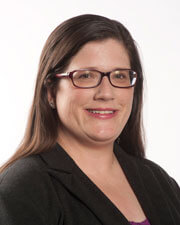 Sarah focuses on victims’ rights and the prevention of sexual and domestic violence for Native American women. More specifically, she examines the intersection between federal Indian law and victims’ rights, and her work on this subject has won various accolades. She was instrumental in securing both the Tribal Law and Order Act of 2010 and the 2013 reauthorization of the Violence Against Women Act. In the case of the latter, tribal governments and courts were restored some of the power they had previously held to prosecute non-Native Americans who assault Native spouses/partners or who violate a protection order while on tribal lands.

Panmela Castro (Brazil), founder of NAMI and a visual artist 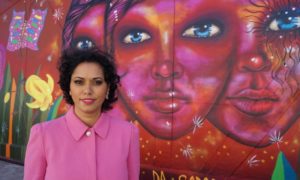 Panmela’s work is inspired by her personal experiences of violence and restrictions imposed by binary/heteronormative thinking. This includes witnessing her mother experience domestic violence and, later, her own experience of domestic violence at the hands of a partner. Panmela creates quite a bit of performance art but also produces photography, video, sculptures and murals. Some of her work has been deemed controversial in her native Brazil, for example her 2017 mural “Femme Maison”, which she produced for the Triennial Arts Frestas. In response to criticism, Panmela incorporated the video of a speech made by Pastor Luis Santos into her work.

Panmela founded NAMI in 2010 as a way to bring about positive societal change. NAMI is run as an arts and human rights institution which has, to date, helped approximately 9,000 women. Today, it is dedicated to black women who are most affected by femicide in Brazil.

Taya Carneiro (Brazil), head of the Libertarian Union of Transvestites and Transsexual Women of the Federal District who is leading a campaign to stop transsexuality from being viewed as a medical disorder and who has also created two collectives to promote the rights of LGBT individuals and combat prejudice.

Agência Brasil. “‘Facing the world as a transsexual is an act of courage,’ Brazil activist says.” August 10, 2017. http://agenciabrasil.ebc.com.br/en/direitos-humanos/noticia/2017-10/facing-world-transsexual-act-courage-brazil-activist-says.

Medium. “She was raped at age of 8, story of Sunita Krishnan who founded Prajwala, an NGO that rescues women from brothels and educates their children to make no women suffer like the way she felt.” May 27, 2016. https://medium.com/@Dontgiveup/she-was-raped-at-age-of-8-story-of-sunita-krishnan-who-founded-prajwala-an-ngo-that-rescues-women-99e2c5c15733.

Me Too. “Jeanne Ponte.” https://metoo.is/speakers/130-jeanne-ponte.

Do you want a future of decency, equality and real social justice?