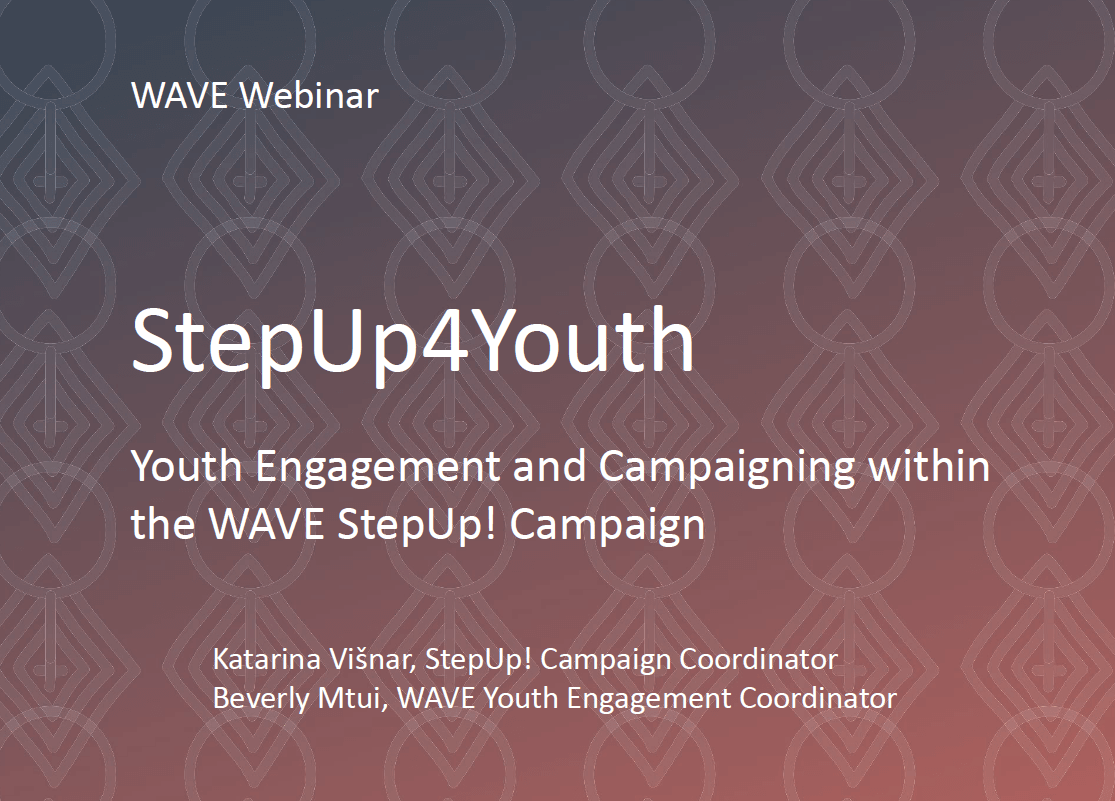 In the WAVE webinar #StepUp4Youth, Beverly Mtui, WAVE Youth Engagement Coordinator, and Katarina Višnar, WAVE StepUp! Campaign Coordinator, highlighted the importance of youth inclusion within the WAVE Network. Starting in October 2018, WAVE made youth engagement as well as campaigning an intrinsic part of its work by electing WAVE Youth Ambassadors to support the StepUp! Campaign in raising awareness on the fight for gender equality and against gender-based violence. After 6 months of collaborative work, Mtui and Višnar reflected on the outputs as well as shared with the audience the efforts, findings and visions to creating a strong platform for youth in Europe within the framework of the WAVE StepUp! Campaign. The long-term goal is to encourage young people to educate themselves on the various dimensions of gender-based violence and become multipliers in promoting non-violence.